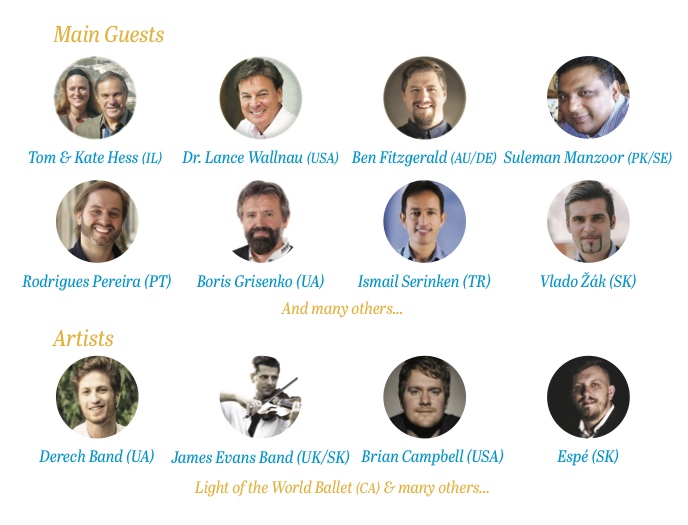 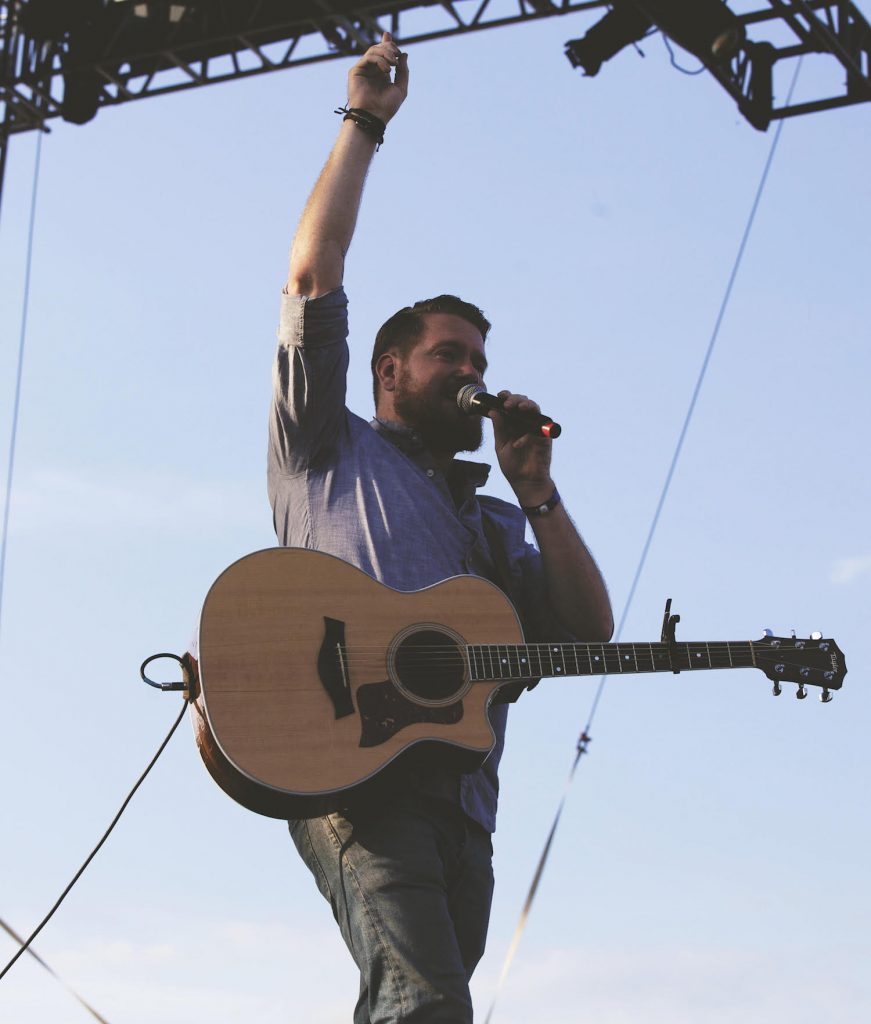 Brian Campbell is a worshiper who passionately desires to see heaven invade earth through the people of God. He has had the privilege of ministering around the world in Australia, New Zealand, Europe, and the United States. He leads workshops around the world with local church leaders and worship teams that focus on God-given identity, city transformation, and songwriting as a tool for church unity.

Brian’s music is passionate response to the revival of the global church. His albums contain praise choruses as well as steady and resolute prayers like “To See Your Kingdom Come” and “Speak.”

Brian loves God’s people and longs for the Church to step into the full identity of the perfect bride of Christ.

Light of the world ballet! (Canada)

Light of the World Ballet

„A Light Shining in the Darkness…”

Light of the World Ballet is a full-time professional ballet company which performs locally, state-wide, and tours nationally and internationally (China, India, Kazakhstan, Sri Lanka, Philippines, Peru, Burma, Israel). The desire of the company is to present the Gospel of Jesus Christ in an unconventional way as the art of dance moves through barriers to minister the love and power of the Holy Spirit.

The Company presents lively, colorful performances with a clear spiritual impact and message that opens hearts to the Lord. LWB presents performances, workshops, and cultural exchanges. The company has performed in churches, schools, theaters, hospitals, shelters for abused women, universities, orphanages, conferences, conventions, prisons, and many other venues. People have been touched by the Lord, healed and made decisions for Christ through the ministry of the Light of the World Company.

Ukrainian band Derech band was formed in 2007 and is part of the Kiev Jewish Messianic Congregation. In 2011 they recorded the first album Shiru Lamelech (Sing to the King) and two years later they released a second one called Adonai Tsvaot (Lord of Armies).  They base their songs on the Biblical texts (Psalms) and play modern music, combining it with ethnic Jewish motives. 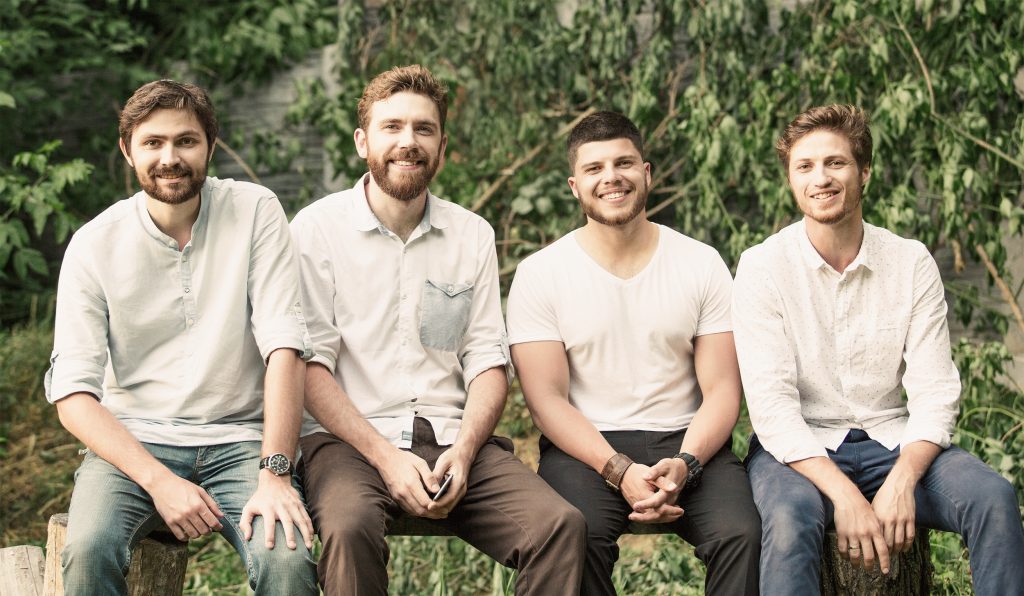 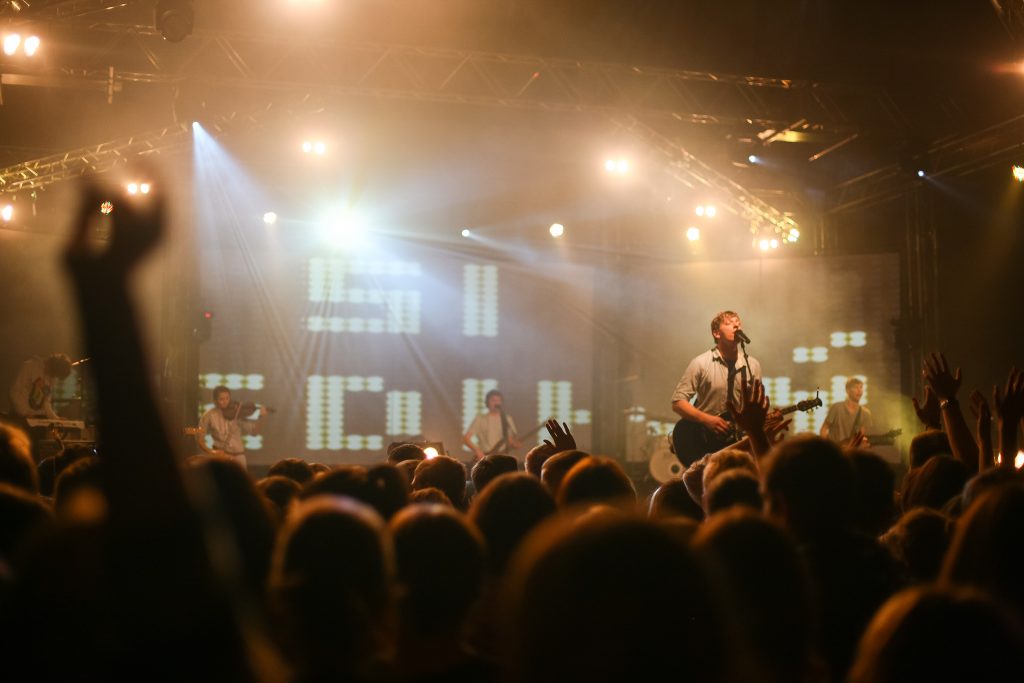 ESPé band was formed in 2003 as a worship team of Christian community SP. Their vision is to exceed the limits of the everyday relationship with God and also limits in praise and worship. They desire to see the God’s kingdom here on earth. By their songs they want to glorify God over everything in their lives, but not only by songs, but also by their whole life, as well as by ministry in community SP and Godzone project.

James was born in Wales, UK and raised in northern England.  At an early age he dedicated his life to Jesus. He started playing the violin at the age of ten. From classical to celtic, James developed the freedom to improvise and express himself on the violin. Introduced by his mother, he developed an interest for Israel and was significantly touched by Paul Wilbur’s Shalom Jerusalem.

When he was 16 he had a powerful encounter with the Holy Spirit in his bedroom. Totally immersed in the love of God, the Lord showed Him that He was going to send him out to the nations to awaken the dead. Ephesians 5:14 This is why it is said: “Wake up, sleeper, rise from the dead, and Christ will shine on you.”.

God has used His music in a powerful way prophetically, passionately and a freshness of Joy which has impacted many lives for the Kingdom. James lives in Slovakia for 16 years along with His wife and four children. He has worked for Youth for Christ Slovakia for a number of years, including Germany and has actively been part of many mission outreaches in various countries across Europe. He is a member of the Tønsberg International Church in Norway.

James’ band are from Slovakia. They also share the same passion for worship and also outreaches. They come from various church backgrounds, and ultimately share their passion for Jesus through praise and worship. 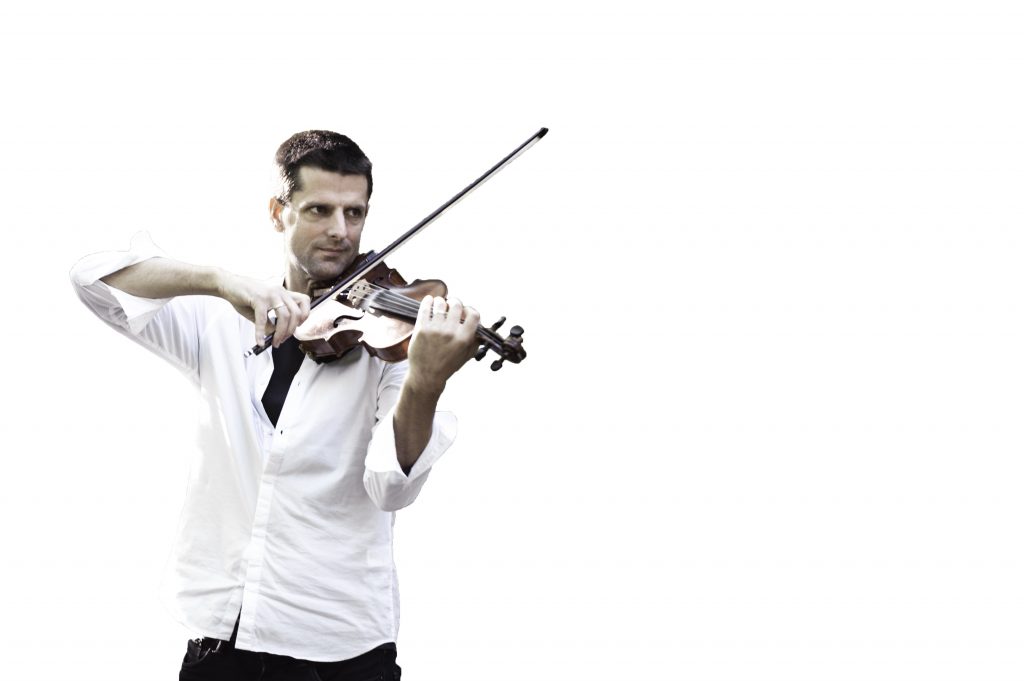 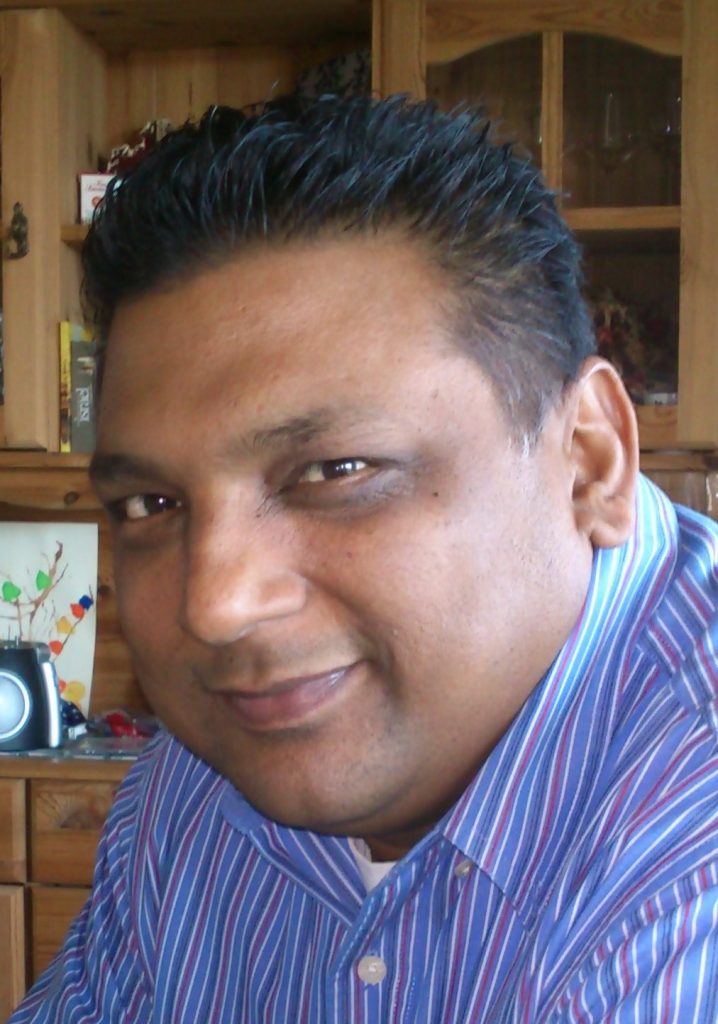 Suleman Manzoor originally comes from Pakistan where he was raised in a Christian family, though not Christian himself until age 18. Upon his conversion he worked as an evangelist and prayer leader in Karachi. Then God called him as a missionary to Sweden where he first went through the missions training of Teen Challenge. They in turn sent him out as a missionary to Tuva in Siberia to pioneer the first church in that area. As a result there are now more than 60 churches with domestic leadership.

At Teen Challenge in Sweden Suleman met Tina. They were married in 1995 and then attended Christ For The Nations in Dallas, Texas 1996-97. They started all-night prayer at CFNI, and had sometimes up to 300 students attending. In Dec. 1997, they graduated from the school of pastoral ministries. Upon seeking God in prayer and fasting, they felt led to return to Sweden and to found RAPHA Mission. The ministry has grown rapidly and now has offices in Sweden, Norway, the U.S., and Pakistan. It is aimed to work for revival in Europe as well as missions in Asia, and the Lord is using Suleman as a dynamic speaker with gifts of prophecy and healing around the world. RAPHA Mission has conducted large healing crusades as well as held leadership seminars in Pakistan and other nations. They have also worked among Afghans — both refugees in Pakistan and inside Afghanistan. RAPHA Mission has assisted hundreds of suffering families with humanitarian aid and led many to the Lord. Currently, they are drilling water wells around the city of Kandahar as well as in Pakistan.

RAPHA Mission has provided relief for those struck by the earthquake in Northern Pakistan in 2005, and for the victims of the floods in 2010-11. They continually help the poor and sick in rural areas of Pakistan, as well as assist the persecuted church.

In 2010, an orphanage in Karachi, Pakistan was built which currently has 38 children in need of long-term help. Building another orphanage to house 100 children is a current project.

Suleman and Tina have a 17-year-old daughter whose name is Ruth and two sons named Rafael (12 yrs) and Emanuel (10 yrs).

Back to main page